That is pretty much what our weekend consisted of, movies and eating, as always!!!! On Friday we went to Rumbi Island Grill with Laurel(Cody's mom). It was yummy! They have sweet potatoe fries...which sounds weird, but they are scrumpsious! Then, we rented WE ARE MARSHALL. It was a major tear-jearker. My mom told me that she cried the entire movie, so I figured I would only cry about half...my mom has a soft heart! But, lo and behold, my eyes were either welled up with tears or I was gasping for air the entire movie! It was great, but definitely don't watch it if you can't handle a little, or a lot, of sadness! (Some good cuddle time girls...unless you start getting his should a little TOO WET...he might start to shy away a little!)
Saturday we took Laurel to the airport, and RUSHED back to see the Ohio State vs. Michigan game. Okay, Okay, so Cody watched the game while I slept in a very akward position on the couch next to him. I have this thing that even when I know that I am going to nap for the entire game, I don't want to go into bed to sleep, because then I am not "spending time" with Cody. Lame newlywed thing I guess! Anyway, we then went grocery shopping, the usual Costco visit, and then to Olive Garden. We shared a meal, Five CHEESE Ziti...mmmm mmm good! Then, we went to "Dan in REAL LIFE" at the Provo Towne Center. Once more, quite the tear jerker...only if you are as emotional as my mother and I! But, we loved it! Cody even enjoyed it quite a bit! There were really funny parts, and it is so true to real life happenings it is CRAZY! We recommend seeing this one in the expensive theater!
Today, Sunday, was a lazy day...just the way we LIKE IT! Cody cooked up some mean steak, and Daniel (Katie Fiance) brought us some AMAZING brownies! He said that they were out of a box...but he had to have done something to them, they were delicious! The picture above isn't QUITE how they looked, but they tasted as good as these one look! Thanks Daniel!
Posted by Chelsea and Cody at 11:15 PM 3 comments: Tis' the Season....For NINTENDO Wii!! Yes, we too gave into the new Christmas Fad of the Nintendo Wii. However, in a very different way. We were sent to Target at 8am this morning to buy a Wii for a relative, (I can't say who....you never know who will read this!) and we decided to buy one for ourselves as well! But, we are going to hold onto it for a while, until people get desperate to buy a Wii for their kids....and hopefully make a little money when we sell it! Nintendo has already said that they are not going to be able to keep up with the demand this season, so we figure that we might make quite a profit! If any of you are desperate, you know who to come to! (For a pretty penny!) It is our first investment as a couple, and it will probably be a pretty good one...we'll let you know! If you haven't heard of it or played it, it is quite entertaining! The controllers are wireless, and it is completely interactive. You can bowl, golf, play tennis, all while having to actually swing the controller how you want the ball to go! This game console has been used lately to help senior citizen's stay healthy-supposively it is better on their joints than regular exersize! Crazy huh!?
We have had a fun weekend. On Friday we did quite a bit actually. Our first activity was the exchage of cash. What?!!? It was honest cash, no worries! It was funny though....we had about $1500 in CASH at our house, and Amanda and Kevin were at a restaraunt in Orem and had our payment for the month of laundry duty with them. So, I loaded the cashola in my purse(which was a little obvious!) and we headed up to meet them. We passed the cash to them, they passed a check to us...but to anyone observing, it probably looked a LITTLE suspicios! After the exchange, we went to California Pizza Kitchen for some Tortilla soup. Yum Yum! It is in the University Mall, so of course, we went shopping afterwords! Cody is/was/will be forever on a mission to get me to wear color. Ever since hair school, I have been a black and white woman! Anyway, he really would love it if I would expand my horizons a little, so I told him that if he picks out clothes for me to buy, I would wear them! By the end of the night I had an ADORABLE outfit from PACSUN. I don't normally shop there, but it is really cute...and it has color, so it made us both happy!
Following shopping, we went to our new favorite dessert place....Pudding on the Rice! There are tons of different flavors of sugary, yummy rice pudding from marshmallow(cod'y fave) to pumpkin pie, to amaretto(my fave). It is such a fun treat that we have learned to love!
Saturday was Yule's (cody's grandpa) birthday! 80 year old and going strong! We went to his birthday party at Riverside country club and had a great time. A few of his siblings were there, and it was fun to hear stories of when he was younger. They told about how he would play hide and seek with his younger sister, but he would hide her in places that she couldn't get out of and then never go and Seek her! Sad! They also told about how he loved to get his back scratched. He would say, "I will tell you a story if you scratch my back while I am doing it". Then he would tell a story that never ended! He is really funny, a ton of personality in that amazing man. We ate some absolutely delisious halibut, but best of all was the CAKE! Straight from Magelby's! Mmmmm! MMMM! I could die eating that cake, if you have never tried it, I highly suggest to do so...soon!
Posted by Chelsea and Cody at 9:08 AM 3 comments:

Yep, we went to the BEE Movie this past weekend. Here is our Review:
Though we both love Jerry Seinfield, this movie somewhat disappointed us! There were definitely funny parts, such as when the bee continuously slams himself into a window repeating, "This time? This time? This time?" As if he is going to get through the glass at some point if he just continues knocking himself into it! There were other funny parts as well, none that I can quote directly. However, the plot itself was rather weak. The bee sues the "humans" for selling the honey that they are making...yeah... It doesn't really have a good motto. Toy story, for example, is all about Friends, Beauty and the Beast is about loving people for who they REALLY are....The Bee Movie is about suing humans...? Anyway, there were a 3 and 4 year old on our right side, and they were continuously saying, "Let's go!" However, the 8 year olds on our other side kept quite the entire time. So, bottom line....we were the only adults without children there! hehe!...the real bottom line is that I wouldn't suggest going with younger children, and if you have older children, be prepared to leave the theater "somewhat entertained"!
This week was a GREAT week at the Salon! I was booked both nights that I was working, and some of my favorite clients came in. It is always better when you make some money and enjoy yourself at the same time! (All too often I enjoy myself at the salon because I am reading a book....therefore...not making money!)
Speaking of reading...and of Bees...
I am reading "The Secret Life of Bees" right now. It is a very interesting book. It is set in the 50's, during the civil rights movement. There hasn't been very many happy events in it, but sadly, I have come to realize that I LOVE depressing books! I don't know if it is the fact that I realize how GOOD my life is, or if I just like to cry! (I am sure that Cody would tell you it is the latter!) Out of the three Twilight books, I enjoyed the second one, the one where Edward is gone and Bella is depressed, the most! Weird, huh?! I am also a HUGE fan of Jody Picoult books. If you have not experienced her yet, I would recommend to do so! I breeze through her books, they pull you in on the first page! The first book that I read was "My Sister's Keeper". It is amazing! However, I WARN YOU, it is depressing, just like all of the other books that I love! So, if you want to get pulled into a book that you can't stop reading, or stop crying over, this is the book to read!
Posted by Chelsea and Cody at 1:13 PM 4 comments: 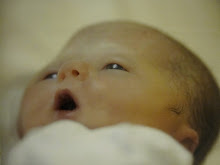